Graeme is an Industrial Chemist and has worked as a research chemist in South Africa, Israel and the USA. He became an equities analyst and while at Merril Lynch was rated the top analyst in the Pharmaceuticals and Healthcare sector in South Africa and was a member of the top-rated Global Paper & Pulp research team.  In Australia he played a leading role in growing Wilson HTM’s Life Science business to the largest in the country while Head of Lifescience research. He has extensive experience in private equity and venture capital as an Investment Director at BioScience Managers, and a Partner in Fund III at OneVentures. He has played a major role in raising more than $750M for companies in then sector and was Chairman of the Risk & Audit Committee of Nexvet while a director of the company through to its NASDAQ listing. He was founding Chairman of Prota Therapeutics and acting CEO. 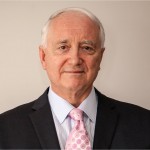 Colin is a co‐founder of Drawbridge and serves as Chief Medical Officer. He is a UK medical graduate from Cambridge University with a PhD in neuroscience from the University of Leeds. He is a specialist in anaesthesia & pain medicine and holds post graduate diplomas from the Royal College of Anaesthetists in London, UK and also from the Australia & NZ College of Anaesthetists and its Faculty of Pain Medicine [MA (Cantab), MB, BChir, PhD, FRCA, FANZCA, FFPMANZCA]. He has published in excess of 100 publications in major international journals in his field.

Colin is very active clinically in providing anaesthesia for surgery and as a tertiary referral Pain Medicine Specialist. He is well known as an inventor in anaesthesia and analgesia being listed inventor on 17 patents which have been licensed for development and commercialisation to various companies including: Purdue Frederick; Vernalis; Balboa Biosciences; and CNSBio.  He has held the positions of Director and CSO at CNSBio Pty Ltd. Colin is recognised as a leader in translational medicine, combining knowledge and skills as a neuroscientist, clinician, practising anaesthetist and entrepreneur.